Everyone’s first experience of a label is the one they are given at birth. The one about 99% of us carry with us for our entire lives: our sex and gender. Everything you do and anything you will ever be is determined by that label in a patriarchal society. Those of us who reject the label given to us at birth are shunned by society and subject to systemic discrimination, yet society at large doesn’t seem keen on labels as a whole. 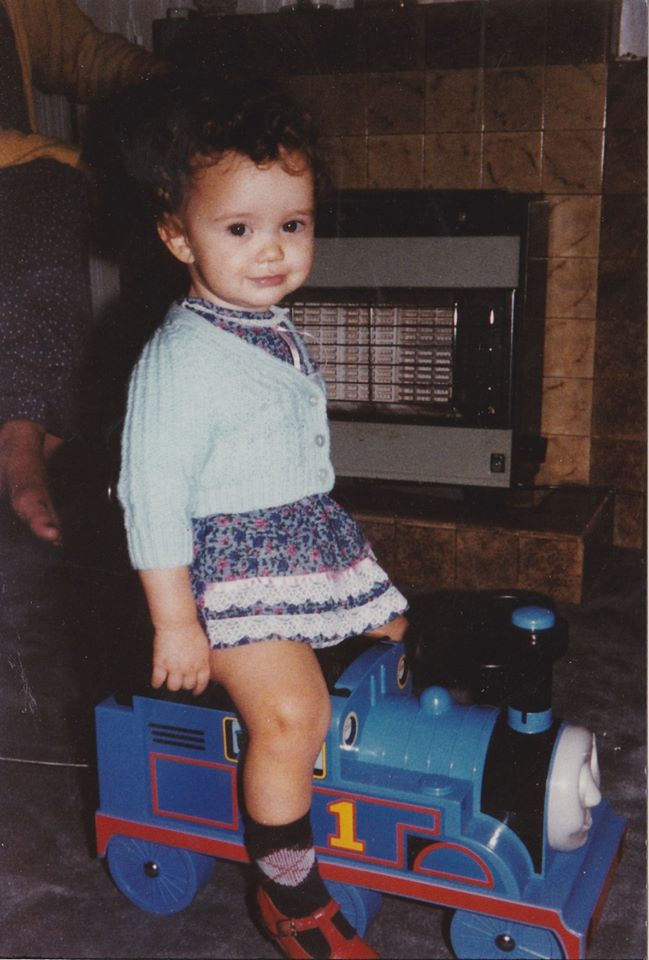 Fast forward to 1999. I’m 14 years old and I’ve just started a new school. (I had to leave/was expelled from my two previous schools due to being bullied.) I’m into heavy metal and punk, so obviously I gravitated towards that group of people. The other kids called them, “Greebos” or “Greebs” but the most popular of them decided that labels weren’t cool so we never used the term. It was the same with the widespread bisexuality. If we didn’t talk about it or label ourselves we weren’t really different. We were just the same as everyone else, but we wore black and slept with people of multiple genders. (Yes I was having sex at 14.)

This situation didn’t last long for me and I ended up hanging out with the kids in the year below. They embraced labels and were subsequently called losers by the people I used to hang out with in my year group. We were Greebos. We were lesbians, gays and bisexuals and we were proud, even if just within our friendship group. We went through the same struggles together and our bond and our labels kept us together and kept us strong. I fell in love for the first time in 2001 with one of these people. We called ourselves lesbians and that stuck with me for the next nine years, even if the Greebo label faded into metal-head as time went by. 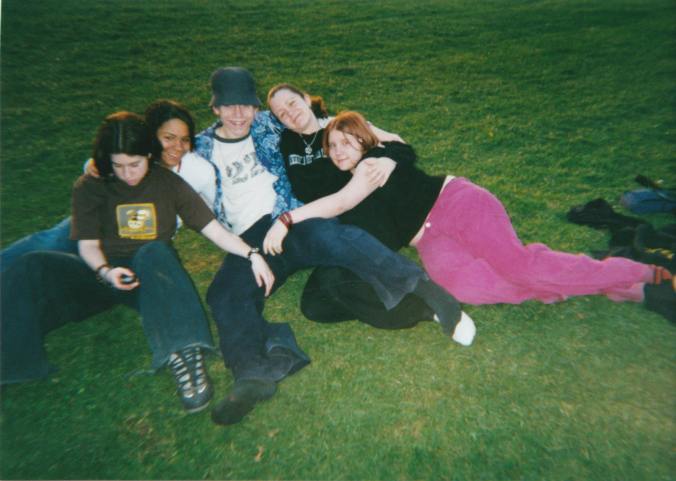 So what are my labels now at 32 and what do they mean to me?

I’ve been using this label since Feb 2017, when I truly accepted that this was who I was. A year later I had an official diagnosis.

I don’t say I am someone with autism. Autism is me. I am autistic.

Realising I was autistic was super validating for me. It explained a lot of my past behaviour and allowed me to find friends who were similar to me. 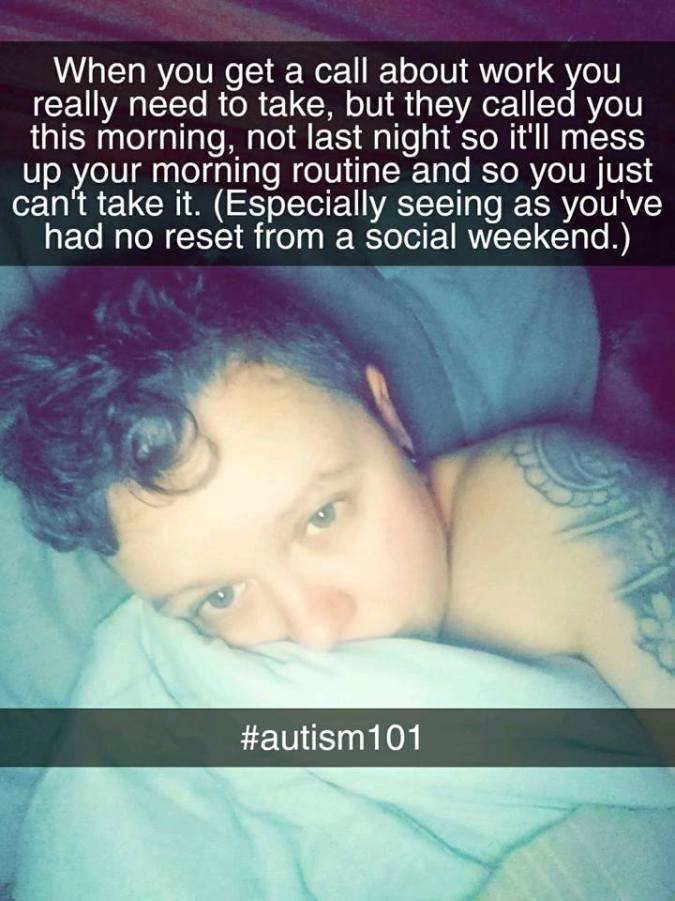 I am transgender. I lean towards masculinity. My transition involves testosterone and masculinising surgeries.

I am however not a man. I’m also not a woman. My gender identity and subsequent presentation fluctuates and sits well out of the norms for binary genders. 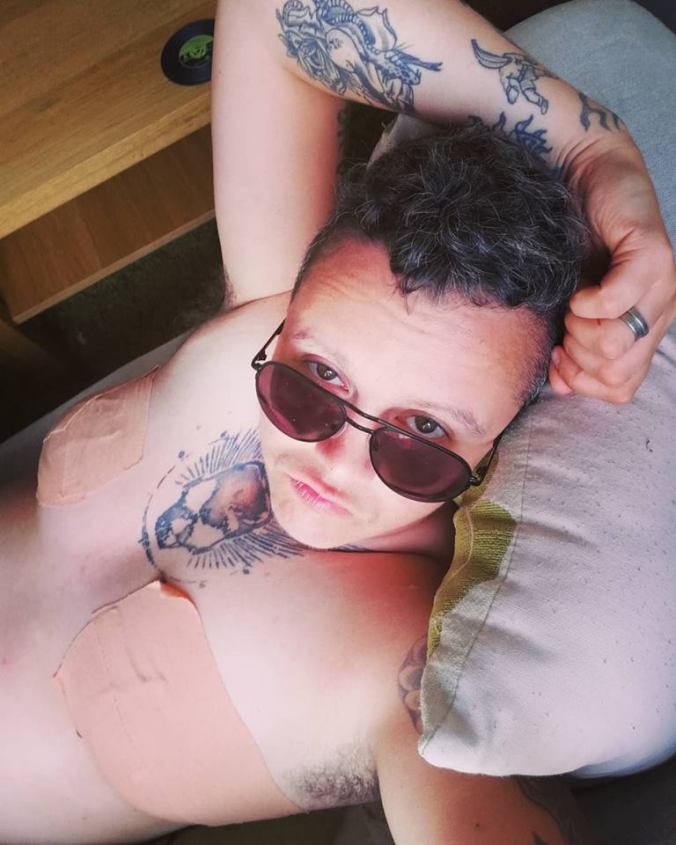 I love all music actually but my focus is definitely focused on metal, punk and hardcore. I often dress in what can be considered as metal-head attire. 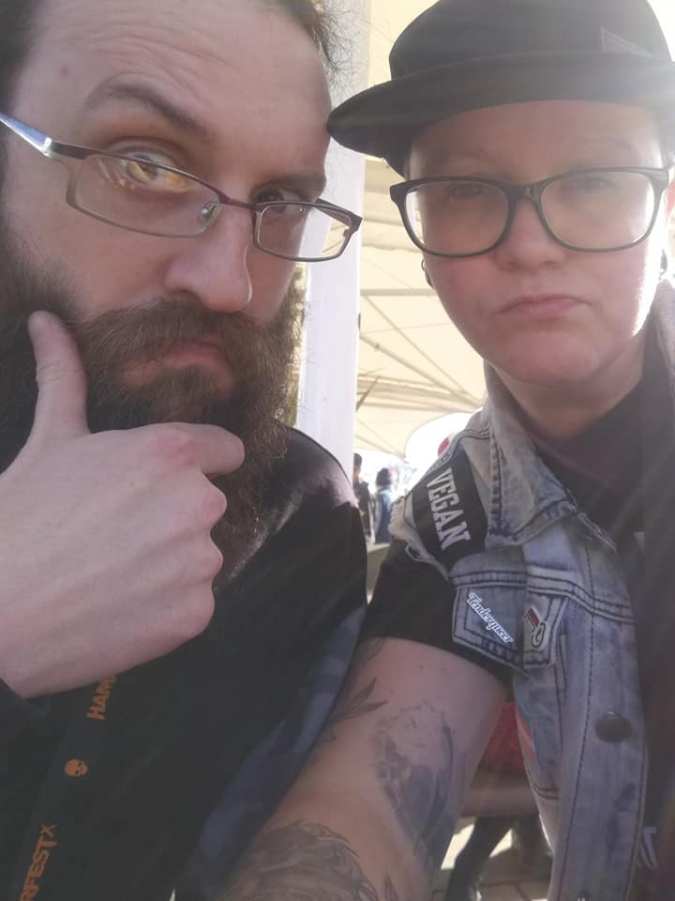 Truly I am pansexual, but I like queer as an identity. 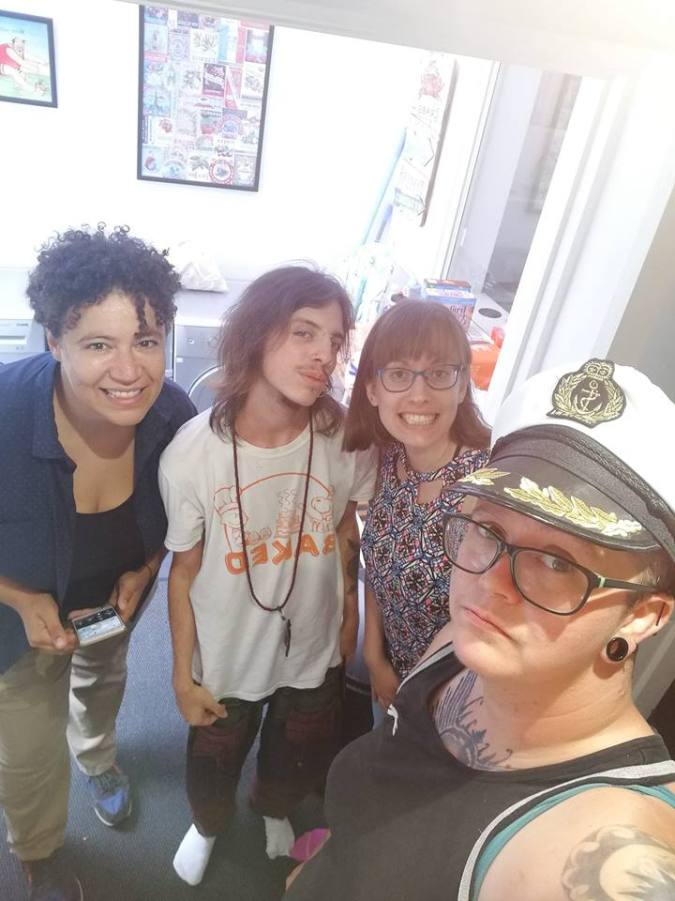 Why are labels important?

My labels have brought some of the best people into my life. We have bonded over similar struggles and we have stood strong in the face of transphobia, homophobia and ableism. They give me a blanket of safety I can run and hide under when the allistic, transphobic world gets too much and they understand exactly why I need to do that.

It means when I’m out at the pub with my friends I’m not gonna get misgendered or called aggressive because of my autistic style of communicating. It means I was encouraged to be my authentic self at Trans Pride by being topless . It was the safety of having these people around me which allowed me to work up the courage to medically transition. 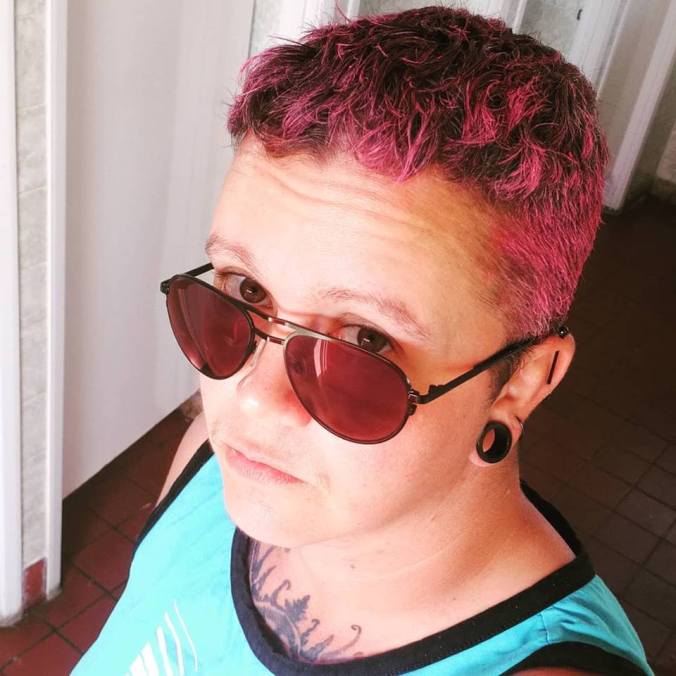 We can also help other marginalised groups. They define who they are and the systemic discrimination they face. We listen to them and lend our privilege to help where it is needed. Without labels, I don’t think we would be able to do this so effectively and this leads on to my next point;

In my experience oppressors don’t like labels because for them it means they are not the norm and when we use them, we use them to empower ourselves against their oppression.

For example cis women who reject the use of cis, even though it is literally what they are. They don’t like it because they have always just seen themselves as normal women and that trans women and femme aligned people are deviant in some way. This is often combined with TERf rhetoric. (The F is small deliberately cuz ain’t nothing feminist about their tripe.)

Another example is allistic people. This just basically means you aren’t autistic. Allistic people hate it because they see autistic people as abnormal and they are just normal people. Wrong.

So let’s embrace our labels and the labels of others, banding together to empower one another and bring down systems of oppression. 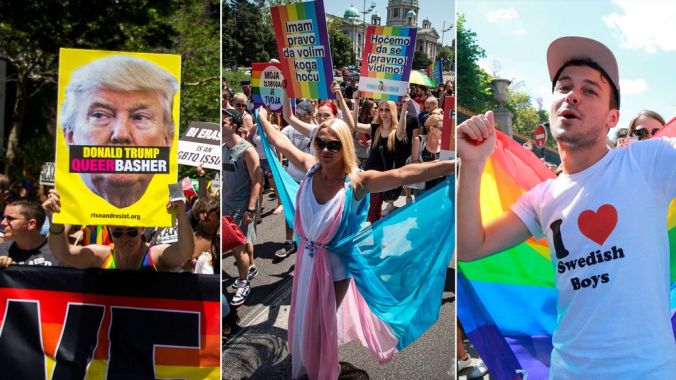 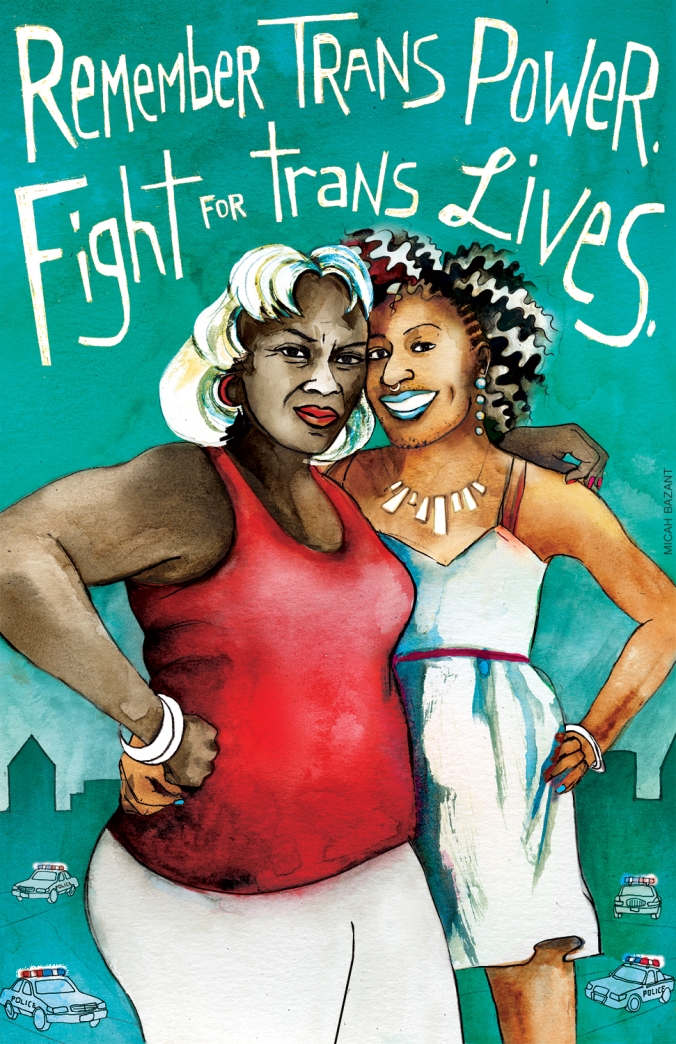 In June 2012, I came out to my friends and family as genderqueer. I asked everyone to use gender neutral pronouns and never refer to me as female/she/her again. I explained that this means I am not male or female and never have been.

In October 2012 I dressed up as a zombie police officer for Halloween. I gave the character a beard. In fact the beard was so affirming that I wore it the whole of the next day and really didn’t want to wash it off. I remember telling my best friend at the time that I thought I might need to transition. She was supportive, but I was too scared and buried it deep inside me like I had done my whole life.

Over time I watched my trans friends transition and I was secretly jealous of their ability to be who they were. I kept telling myself that I didn’t need to transition. That who I was, was perfectly valid. The dysphoria was eating me alive nonetheless.

Around 2014 I redefined my gender identity as nonbinary. It means basically the same thing as genderqueer and sits as an umbrella term for people for don’t conform to binary gender norms. I liked it better. Enby is also an epic colloquial term. I also decided that this identity was a transgender identity. I now told people I was trans as part of my nonbinary identity.

Frankie came to be in April 2016. I needed to move away from my overly feminine name given to me when I was born. This was tough at work and initially with my friends. My family, never really having got the hang of my gender neutral pronouns, have still not got the hang of my new name as of November 2017.

From April 2016 to April 2017 I was happy just to be Frankie. My gender identity was still nonbinary, but instead of presenting in a fluid way where I would drift between feminine and masculine, I presented as entirely masculine.

At the end of April 2017 I was drunk in Cardiff. I was sat on my own outside of Brewdog enjoying the spring sunshine and everything I had been suppressing about my gender identity came to the surface. I needed to transition. I needed to masculinise physically. I text my mum and then told Facebook.

How I identify now is Transmasculine Nonbinary and I will be beginning my physical transition in April/May 2018. Here are some things you need to know:

I need you all to know that I have gone through a lot of emotional pain to get to this point. I NEED you to respect my pronouns and my name. Making mistakes was fine to start with, but it’s been a year and a half and mistakes are starting to look more and more like they are deliberate. If you continue to dead name and misgender me, I will have to remove you from my life.

This has been your final warning.