In May 2012, my partner of four years left me. I spent the next 3 months on the floor, drinking myself to death. It was during this time that I realised that my ex had suppressed something in me and it was starting to manifest itself. I realised that I was gender queer. To those who don’t know what this term means, let me break it down for you: people who are GQ live outside of the binary of male and female. They identify as neither, yet will flirt between them and sit in the middle without gender too. This is called being androgynous. (My best friend tells me that I am all kinds of androgynous hot. Who knew?) Personally my own gender switches when it feels like it, but especially when I am going through immense emotional turmoil and let’s be honest, I’ve not been short of that lately. Anyway, after my emotional breakdown I started to rediscover myself. I became this whole new creature, who could proudly sport a beard and urinate in the male toilets, or wear tight jeans and low cut tops. I really liked where I was and where I am to this day: Openly GQ.

Now I’m going to skip a good few months of losing weight and training hard at the gym (I can write about that somewhere else, because you know you want to hear that one) and we arrive at January 2013. I am in a new relationship with a white, heterosexual male. It never even occurred to me that this might pose some challenges, but luckily it hasn’t.  He is very understanding and he also inspired me to write this particular post. We were talking the other day and he mentioned my lack of caring about what people think of how I behave. A confused face was made by me, to which he explained more. He mentioned that he was impressed with my lack of caring about particular roles in the bedroom and that I just did what felt right. When we were out at the pub, I always accompanied him to the bar and we took it in turns to pay – this made him smile. Then the fact that I would come up behind him and hug him, which he always saw as a male role – this makes him think I am amazing.  I look female currently and I guess he thought he’d have to pay for things and wait on me hand and foot, both in life and the bedroom. It doesn’t work like that with me because gender is irrelevant. We work as a team of two equal people. (Although I am stronger than him, which won’t last for long because he is training everyday like me.) Now I have had this inequality in relationships pointed out to me, I can see it everywhere: One partner taking advantage of the other because of their perceived gender and therefore role norms. Why should what is between your legs, dictate how you behave around people you find attractive? How do we even begin to combat this as a queer movement and eventually as a society? For now I’ll keep being amazed at how many norms I don’t conform to in my newly, visually heterosexual relationship and look forward to the new adventure life has placed before me.

(NB: My new partner identifies as male, so I have referred to him in this pronoun.) 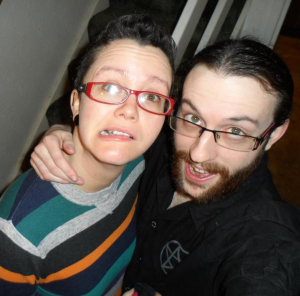 2 thoughts on “An inspiration from an unusual source!”